In 1957 an entire Monastery in Thailand was being relocated by a group of monks. One day they were moving a giant clay Buddha when one of the monks noticed a large crack in the clay. On closer investigation he saw there was a golden light emanating from the crack. The monk used a hammer and a chisel to chip away at the clay exterior until he revealed that the statue was in fact made of solid … END_OF_DOCUMENT_TOKEN_TO_BE_REPLACED 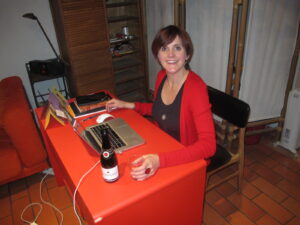 This is me on the 31st of December 2010. It was the last day of a six-month sabbatical in beautiful Aix-en-Provence in the south of France. I’d just typed the last word of a 68,000-word manuscript which would later become my travel memoir, Unstuck in Provence. This sabbatical came at the end of a 20-year corporate career at Westpac and Merrill Lynch followed by 10 years in my own marketing … END_OF_DOCUMENT_TOKEN_TO_BE_REPLACED 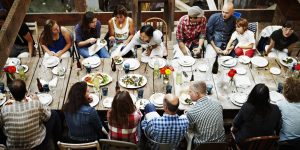 Over the last few weeks I’ve had a number of calls with leaders within large companies who are either well underway with their purpose programs or who are considering rolling one out. I was struck by the words of one leader who’s started exploring a purpose initiative for their company of 4000+ people, “You only get one shot at this ‘purpose’ thing. If we roll something out and it fails, it’s … END_OF_DOCUMENT_TOKEN_TO_BE_REPLACED

Recently I was sitting in a Sydney coffee shop busy on my laptop when a woman looked over at me and said “I know you! You’re Carolyn Tate. I listened to your podcast about purpose at work and I just bought your book.” In seconds, we were up hugging and chatting. “After 30 years in IT with the same company, I’ve just been retrenched,” said Zara. “I’m not sure what I’m going to do next. There’s … END_OF_DOCUMENT_TOKEN_TO_BE_REPLACED

Two men. Two tragedies. Too much. Tragedy 1: Donald Trump, a man that spreads hatred and represents the absolute worst in humanity, has been elected as President of the USA. Tragedy 2: Leonard Cohen, the love of my life, a man that spread only love and who represented the absolute best in humanity, has died aged 82. Was Trumps ascension to the throne the signal Cohen needed to ascend to a … END_OF_DOCUMENT_TOKEN_TO_BE_REPLACED